A recent census shows that more than 125,000 gorillas--more than twice the estimated population--are alive and well in the Congo 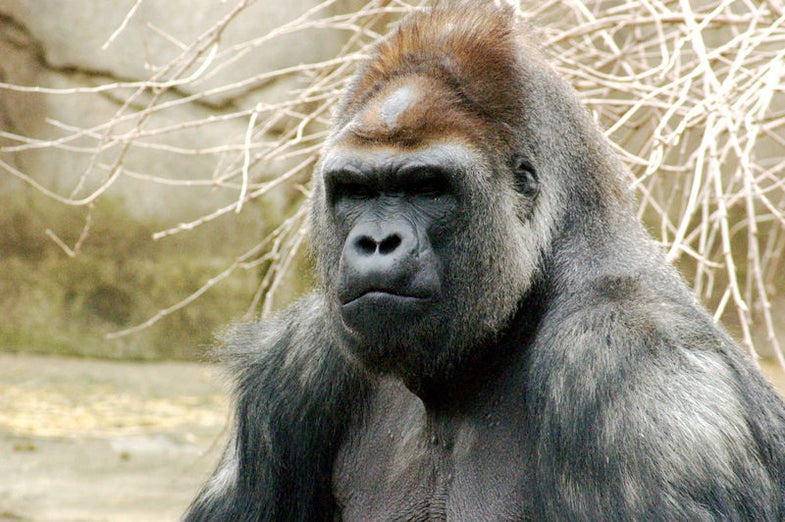 Two decades ago, “saving the gorillas” became a cause celebre when researchers announced that western lowland gorilla populations in the Congo had dwindled to critically endangered numbers. Our primate relatives were threatened by a widespread outbreak of the Ebola virus, as well as poachers who hunted the animals for bushmeat.

Estimates at the time of the 1980 gorilla census were in the range of 100,000 individuals, but since then experts believed that the number had dropped to less than 50,000.

Imagine the census takers’ surpise, then, when 2008 numbers revealed more than 125,000 healthy gorillas in Congo’s Ntokou-Pikounda and Ndoki-Likouala regions—including a community of nearly 6,000 animals found living in a remote swamp in one of the country’s newly formed national parks. The population increase is attributed to international conservation efforts introduced over the past twenty years, as well as the animals’ isolated, food-rich location.

However, experts warn against complacency in the plight of the gorillas. Jillian Miller, executive director of The Gorilla Organization, told the BBC, “”The discovery of such a large population of western lowland gorillas is absolutely fantastic news for the sub-species and for conservationists, but . . . numbers are less important than trends, and sadly the trend for all gorilla sub-species, apart from the mountain gorillas, has been a downturn in population figures.”