Modeling the behavior of pollution clouds can help combat them 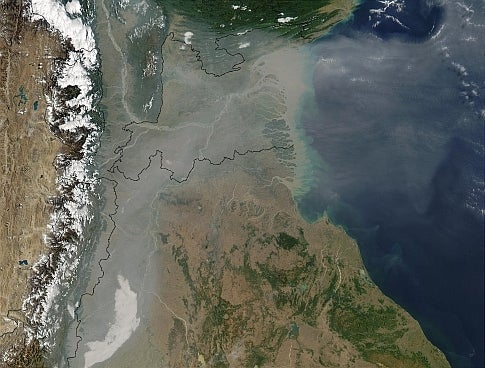 Chemists from Aerodyne Research, Inc. and Boston University have developed an aerosol mass spectrometer that will aid in the study of airborne particles and their effect on climate change and public health.

The device helps create uniform particles of soot, or black carbon, so that researchers can better test the effects of those particles in the atmosphere, which will help scientists determine the composition of the particle and how much light it can absorb. From there, researchers can determine what happens to sub-microscopic particles when they are released into the atmosphere. Currently, scientists believe aerosols significantly contribute to global warming, and are focusing their efforts at how the aerosols fully effect the environment.

Aerosols — teeny-tiny particles suspended in the atmosphere — can cause temperatures to rise by absorbing sunlight; or they can reflect sunlight, causing the temperatures to cool. Furthermore, clouds can absorb aerosols, resulting in acid rain or causing rainfall to be suppressed. Aerosols can either come from man-made sources, like car exhaust, or from the natural environment, such as a volcanic eruption or from desert dust blown by winds into the lower atmosphere.

Research in this area is still relatively new. The challenge is to now get research technologies in sync with each other, to create reliable benchmarks that can lead to further study.