Scientists discover evidence that sunlight itself can contribute to atmosphere cleaning 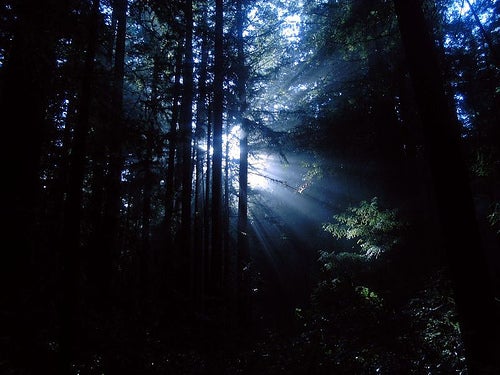 Finally, some good news on the climate. Good, but hesitantly good, mind you. British scientists working in a remote area of the tropical Atlantic have discovered that ozone levels there were 50 percent lower than expected. The reason for the discrepancy is due to a process in which UV rays from the sun are the catalyst for a series of chemical reactions which end with the breakdown of ozone and methane. As polluted air is brought down into the tropics from Europe on wind currents, the sunlight naturally scrubs the ozone out with a little reactive help from bromine and iodine oxide kicked up in sea spray. The levels were measured at a laboratory on a remote Atlantic island and at varying altitudes in the atmosphere by instruments on a research plane.

The scientists are, as usual, cautiously optimistic about the results. They warn that this is not proof the Earth can heal its atmosphere while we continue to dump pollutants into it. Yes, it’s true that more hazardous gases are being naturally removed in the Atlantic than previously thought, but they are uncertain how this slice of evidence fits into the larger picture. It may be the case that previous estimates in the other parts of the world were too high or that sources of ozone and methane exist for which we are not aware. Either way, it is a great impetus for reducing these gases in the first place—we know the planet can do quite a bit of housekeeping on its own, so why not help it out with a head start?