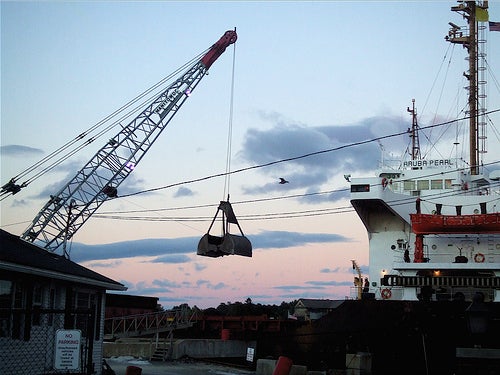 As a cargo ship empties or takes on load, its ballast tanks fill or release water in order to balance the boat properly. Ballast is generally needed to increase the draft of a vessel (how deeply it sits in the water) so that its propellers are adequately submerged. The consequence of taking on these huge quantities of water is that they are most frequently released in environments thousands of miles from where they originated, when a ship reaches its destination. This moving around of slices of the ocean has introduced highly destructive invasive species such as the zebra mussel to the Great Lakes and the comb jelly into the Black Sea. We have seen firsthand how these animals and plants can spread in their new homes, but we have very little understanding of how the smallest and potentially deadliest organisms may be faring: bacteria and viruses.

Quite obviously, billions and billions of bacteria and viruses are moved in every ship’s ballast every day, but the real issue is whether that matters. Since bacteria and viruses are common throughout the planet, does it make a difference in which body of water they live? Scientists are increasingly suspecting the answer is yes, that these microorganisms have a natural home, known as a biogeography, and that they could very well one day prove to be just as invasive a species as a mussel. The only difference being we could end up as the infected.

There are proposals floating about to address the issue in ships with decontamination systems, and a handful are currently monitoring their efficacy. But because there have been no known outbreaks associated with ballast water, very little water testing is ever done.