Cloned Meat in the EU

While the government drags its feet on making a decision, public opprobrium of the concept grows 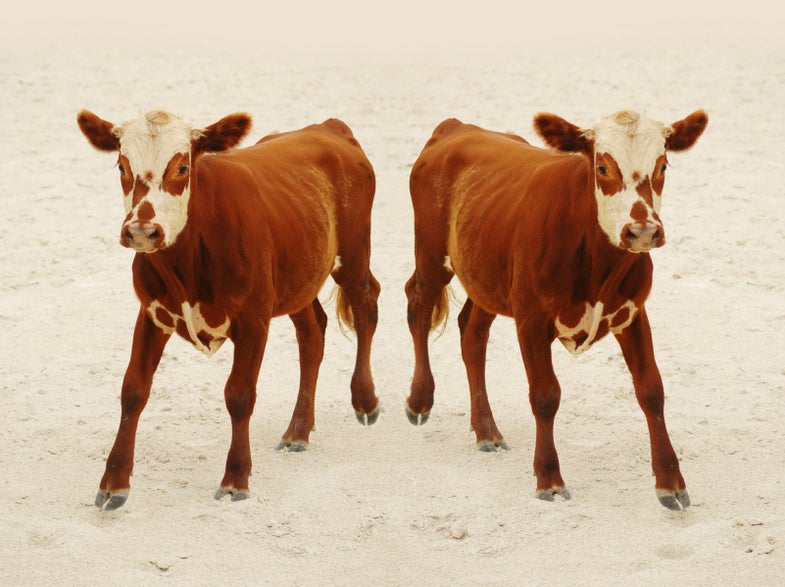 The European Union is proceeding more slowly than the Food and Drug Administration did during its investigation into the efficacy and safety of cloned meat and milk. While the United States has already given industry the go-ahead to begin farming the cloned animals, the EU is taking a more measured approach, even with the European Food Safety Authority’s public statement that there is no expectation of additional environmental risks.

What is likely a contributing factor to the prolonged process is the European public’s resistance to the idea. It should come as no surprise, considering the recent outcry over genetically modified foodstuffs making their way into stores.

Now a new study, commissioned by Britan’s Food Standards Agency, has found that UK consumers feel that they are being railroaded into accepting the meat and dairy without proper testing and safety checks. Participants also struggled to “identify any convincing benefits” to cloned farm animals, citing their worry over “interfering with Mother Nature” and the inevitable slide toward human cloning. While the meat may very well prove safe, the survey participants are right to worry about the efficacy of the system—a genetically identical herd or flock of animals could readily be wiped out by one particularly strong infection. It is genetic diversity that sustains populations through difficult times; by removing that bedrock defense, we risk more damage than good.