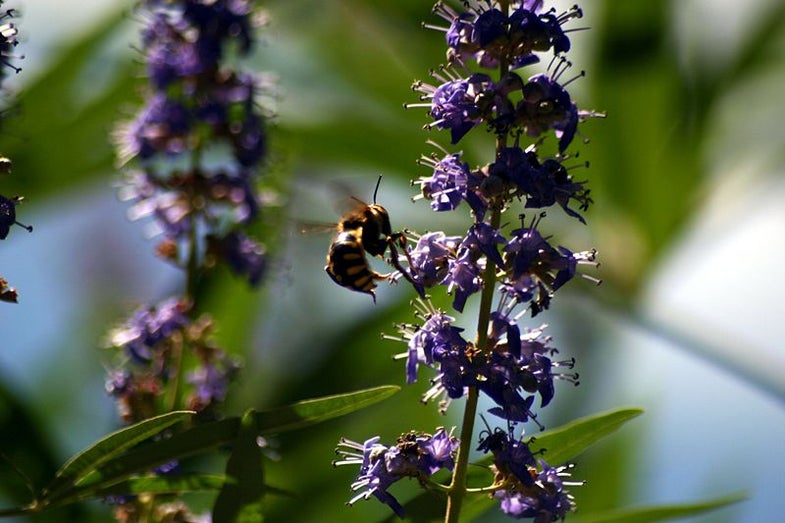 Flowers are known to attract pollinating insects through a variety of means, from alluring fragrances and nectar to vibrant colors and shapes. According to a new study in the Journal of Evolutionary Biology, scientists can now add an unlikely mechanism to the list: movement. Researchers from the University of Aberystwyth in Wales observed 300 specific coastal flowers, noting stem lengths, the range of swaying distance, how often and how long they were visited by insects, and how many seeds were ultimately produced.

Those flowers with long and thin stems proved to be the most attractive to insects and produced the most seeds. The scientists concluded their swaying motions made them most visible among others. There are practical limits, however. Those flowers with terribly long stems moved too much to allow insects to make a stable landing and so were generally avoided. Similarly, the flowers with shorter stems were less visited since they were hard to differentiate from the crowd.