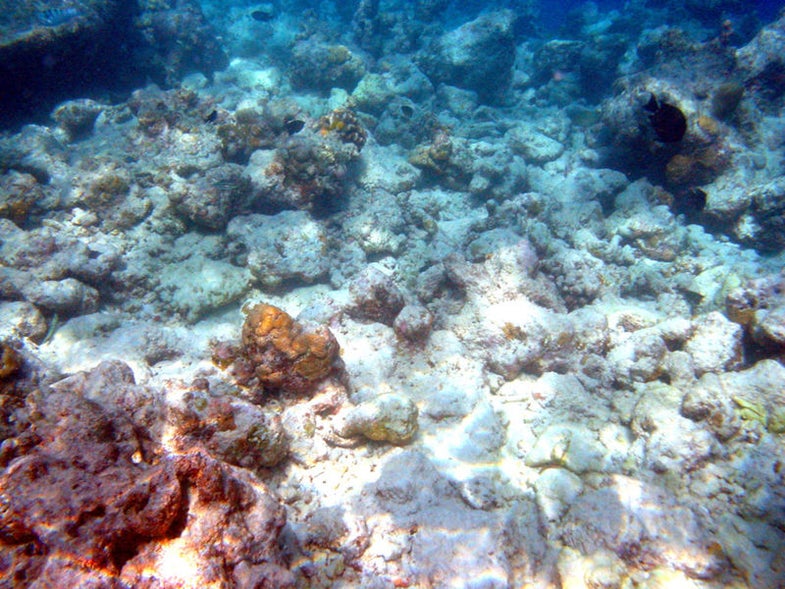 Climate change, urban and industrial pollution, mining and overfishing are just some of the threats to coral reefs worldwide. A recent European Commission study now adds sunscreen lotions to that list. The paper states that up to ten percent of the world’s coral reefs—composed of marine organisms with external skeletons—are subject to bleaching due to chemicals in the sunscreens worn by beach-going tourists.

Researchers at the University of Pisa in Italy discovered in controlled experiments conducted in the coral reefs of Mexico, Indonesia, Thailand and Egypt that even in small amounts, the ultraviolet filters in lotions caused the coral to discharge large amounts of coral mucus, a sign of environmental stress, and to eventually bleach. The research also indicated elevated virus levels in the seawater, suggesting that sunscreens may induce latent viral infections in coral. Not good news considering that an estimated 4,000- to 6,000 tons of sunscreen byproducts annually make their way to reef areas. Even worse, it takes only 20 minutes in the water before a quarter of your sunscreen washes off.