If you’re like millions of Americans, summertime means heading to the beach with sunscreen and, of course, beach reading in tow. Along with the latest Grisham novel, you may want to bring along something a bit more serious: the current report by the Joint Ocean Commission Initiative (JOCI). It has all the elements of a good thriller—suspense, high-tech gadgetry, villains—and it can help preserve the marvels of the offshore world for future generations to enjoy.

The annual assessment, structured as a report card and published jointly by the U.S. Commission on Ocean Policy and the Pew Oceans Commission, grades the government on the past year’s ocean-policy performance. So how’d they do? Hard work paid off for state and regional governments, which earned a respectable A–. But not so for Congress and the president, whose subpar grades never once rose above C or D territory. 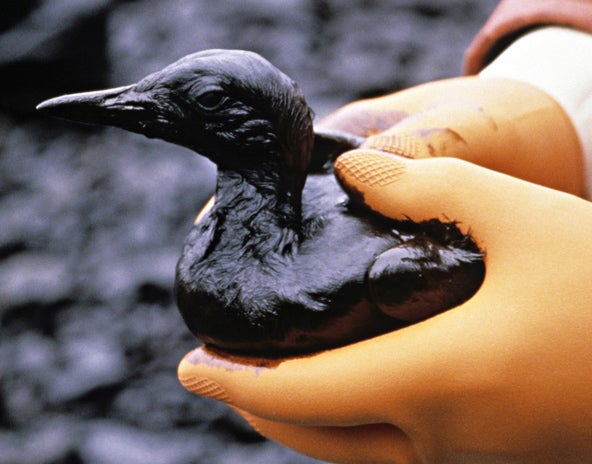 A duck pulled from an oil spill in Alaska

Laudable state efforts took many forms across the nation. The New Jersey legislature, for example, is now managing its coastal waters according to environmentally sound principles that aim to protect the state’s wealth of marine species and guard its shorelines from pollution. California, meanwhile, created a network of 29 marine protected areas covering more than 200 square miles of ocean. And Florida governor Charlie Crist has led the way in helping coastal communities in that state develop strategies to contend with rising sea levels.

The feds, who were graded in six areas, from International Leadership (C+) to New Funding for Ocean Programs (D+), performed dismally in comparison. “The funding issue is a disgrace,” says Leon Panetta, the co-chair of JOCI, who represented a California district in Congress before serving as President Clinton’s chief of staff. “States and regions can do a lot, but they can’t solve the larger problems if the federal government just sits on its hands.” 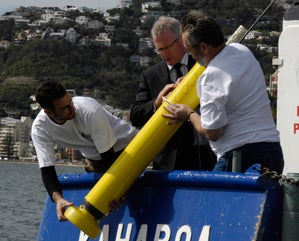 The most significant change to this year’s assessment is the addition of a new category: Links between Oceans and Climate Change (for which the government received a gentlemen’s C, possibly bumped up for the belated recognition that global warming is real). Ruth Curry, a senior researcher at the Woods Hole Oceanographic Institution in Massachusetts, welcomed the new category. “It’s a validation of what we’ve been saying for five or six years,” she says.

Although the global air temperature has risen by almost 2°F over the past century, “air temperature isn’t the real story.” Because water is far better than air at storing heat, the ocean has absorbed most of the increased heat caused by global warming, a phenomenon that is linked to a host of ocean changes, from warm-water predators extending their range into Antarctic waters, to the breakup and melting of ice shelves at both poles.

Despite the low marks, Panetta sees some progress. “There is an increased level of awareness in Washington of the crisis the ocean faces,” he says, pointing to legislation passed by Congress and signed by President Bush last year to make fisheries more sustainable. But that’s just a drop of help in an ocean of trouble. “The problem is that it’s an A-level crisis and it’s being met with a C-level effort.”