An unknown species of ant is wrecking havoc in Texas 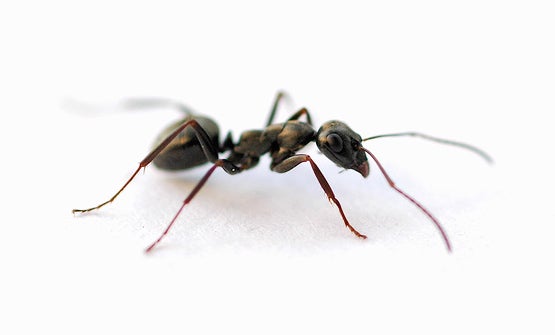 First came the killer bees and now comes the crazy ants. Houston is home to a new invasive species of ant, thought to have arrived via a container ship in 2002. The as-of-yet unidentified species is colloquially referred to as the crazy rasberry ant for its erratic foraging habits, appearing to dart in every direction but straight ahead. The ant has quickly become a nuisance both to the local ecology and to the people living with them. They are omivorous and will eat everything from flora to other insects and even the hatchlings of a local grouse called the prarie chicken. They have destroyed all matter of electrical equipment, insinuating themselves into fire alarms and sewage pumps, mucking up the works as they go.

While the species is already too widespread and established for any hope of erradication, even simple population control is proving to be difficult. The animals are not attracted to the usual poison bait traps and so require specialized extermination. The colonies are polygyne (having multiple queens) and may even be interconnected into supercolonies, making colony destruction nearly impossible. Even when individuals are killed, the survivors will smartly pile their dead over the pesticide-treated areas to cross to safety.