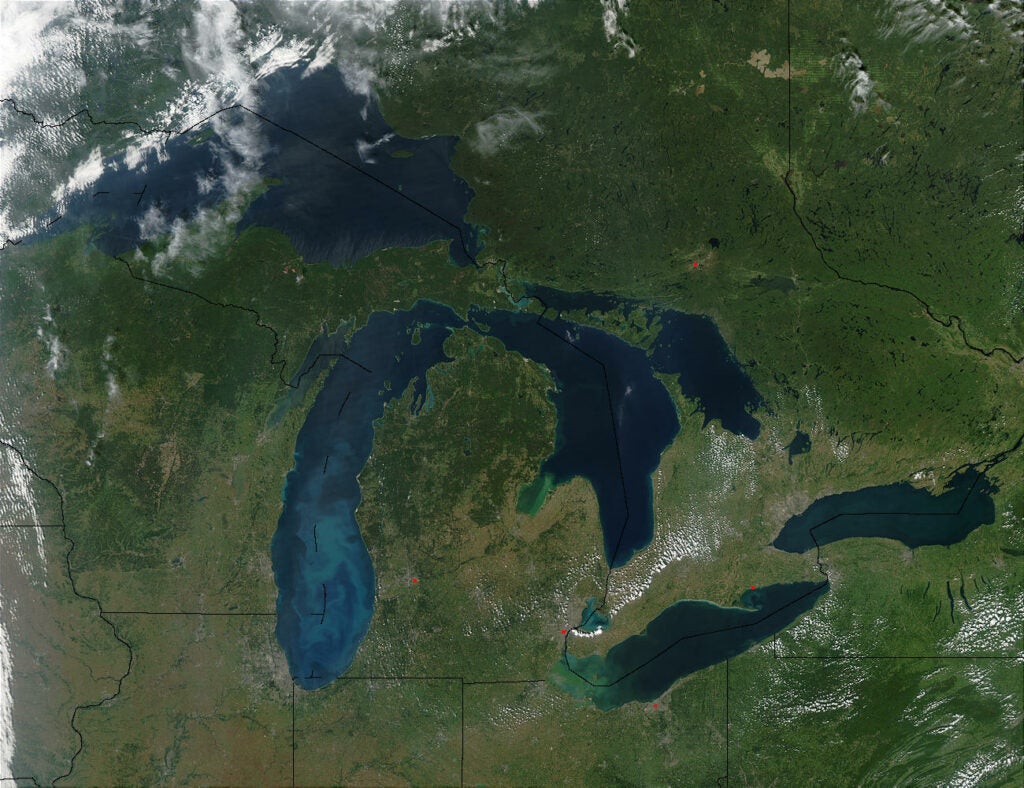 The Aral Sea, located between Uzbekistan and Kazakhstan, was once the fourth largest lake on the planet. Decades of irrigation works diverting water from the two rivers which fed it have left the sea today at 10 percent of the size it once was. Much of what remains is heavily polluted, devoid of fish, and surrounded by a great empty bed of salt which often blows into the surrounding areas, wrecking crops and contaminating drinking water. We might be tempted to write off the disaster as a consequence of the lumbering Soviet bureaucracy, something that could never happen in the States. But as the Plains face consecutive droughts and the Western states continue to burn, all eyes turn to the Great Lakes to fill the growing voids.

The five lakes make up nearly 95 percent of the United States’ surface fresh water, clearly the source at the top of everyone’s list. Those who live in the basin watershed—the areas which feed and drain into the lakes and are directly affected by the lakes’ health—have drafted an international treaty with the Canadian provinces which also stand in the basin. The compact is designed to protect the water and prevent another Aral Sea disaster, but its outcome is still uncertain. Lawmakers in Wisconsin continue to squabble over where to draw the basin line and threaten to derail the entire agreement in the process.