Under the Eye of the Hurricane 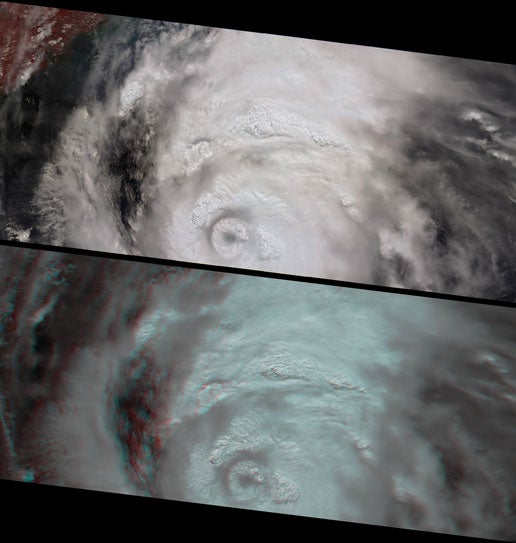 MIT researchers have proposed a strange new way to predict the severity of a hurricane: Listening underwater. Currently, the most common way to gauge a storm’s strength is to either study satellite images (which can be pretty inaccurate), or fly a weather plane straight on into the storm and gather critical data (which gets expensive).

But this new technique, reported in an upcoming issue of Geophysical Research Letters, involves the use of underwater microphones, or hydrophones. Previously, the group proposed the link between the intensity of sound underwater and the strength of a storm rushing by overhead. Now, using data gathered by a NOAA hydrophone sitting nearly a half mile below the surface during a 1999 hurricane, they have shown that the correlation is real.

In the long run, if the link holds up, the group would like to see hydrophones placed in known hurricane hotspots.