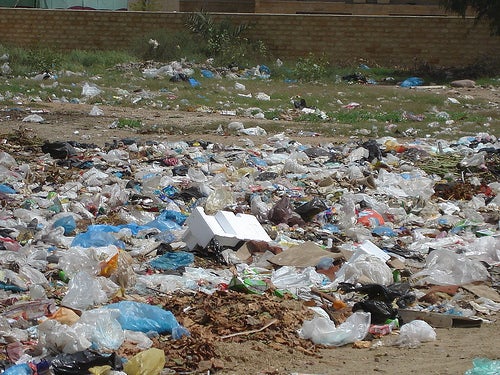 Seattle is poised to join the ranks of San Francisco and Ireland by imposing restrictions on the use of disposable shopping bags. The City Council vote on the proposal—expected to pass by a wide margin—will occur this summer and would take effect at the start of 2009. While Ireland and San Francisco have banned plastic bags outright, Seattle’s proposal will instead impose a twenty-cent fee on every paper or plastic bag used by consumers at the point of sale. (The proposal also bans styrofoam food containers.)

The debate over which bag is more environmentally friendly has recently come to an impasse. People long assumed paper was the logical choice because the bags could be readily recycled and would naturally degrade. Plastic, while inexpensive to manufacture and transport, will never biodegrade (and may very well end up floating in the Pacific ocean.) Unfortunately, paper’s benefits at the end of the line are largely outweighed by the disproportionally large amount of water and energy needed to make them in the first place. Not to mention, both will take up landfill space if simply tossed in the trash.

All these factors combined to be the impetus for Seattle’s mayor, Greg Nickels, to introduce the fee proposal.