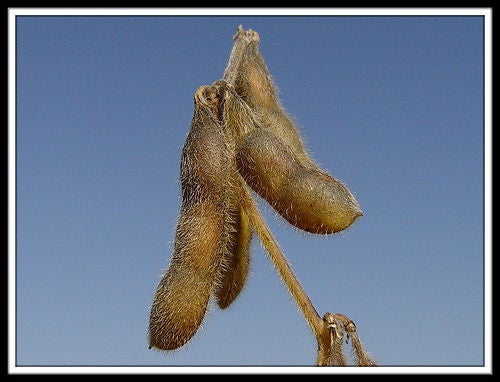 When genetically modified (GM) crops were first introduced, they were met with quite a lot of skepticism, not only in regards to their unproven long-term safety and efficacy but to their potential to be high-yield super crops. A three-year University of Kansas study has now confirmed the findings of a previous University of Nebraska study as to the yield abilities of the GM soybean from Monsanto: not only is the crop not a super-yield producer, it actually produces less than conventional yields, even under optimal conditions. Monsanto claims that its intent was never to produce a super-yield bean, only to engineer one which was resistant to the company’s RoundUp weedkiller. It is that engineering, according to the Kansas researchers, that is causing the plants to take up insufficient minerals from the soil.

While the company says it is working on another strain which will match conventional yields, scientists aren’t so sure that’s likely to happen. We are reaching the limits of genetic modification in crops, much like runners have chipped away at speed records but know the barrier is close at hand. As Lester Brown of the Earth Policy Institute puts it, “no one contemplates a three-minute mile.”

If anything can be taken from these studies, it’s a likely a guarantee that GM crops are not the answer to the world’s food crisis, as was touted when they came to market. This is as well only one shortcoming of the plants; we’ve yet to see the real downsides when these monocultures begin to be stricken with disease.