Scientists find evidence that, thanks to droughts, humanity was once on the brink of extinction 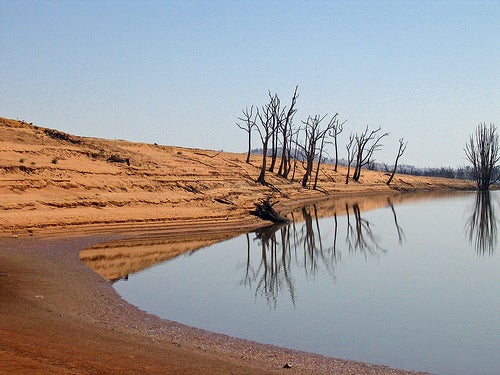 If we don’t get our act together in time and we push this planet past its limits, to the point where things get disaster-movie bad, at the very least we can take solace in the fact that we’ve been there once before. According to new research out of Stanford University, the human species was on the brink of extinction 70,000 years ago due to an extended drought. It shrunk the human population to a number perhaps as low as 2,000.

The study used mitochondrial DNA to trace the divergence of the Khoi and San people in South Africa some 125,000 years ago. The researchers discovered the human population divided into small, isolated groups at the time of the split. The chronology of the DNA genetics corresponds to geological evidence of severe drought in the region during the same period. Once the severe weather patterns had passed, people slowly made their way out of Africa, reuniting during the early Stone Age.