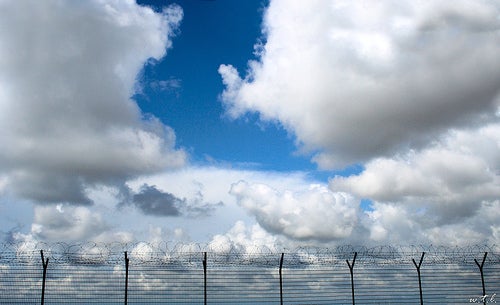 Yes, the Intergovernmental Panel on Climate Change has said that man is at the root of most of Earth’s warming in the last five decades. Still, some researchers say the trend can be attributed to natural causes, including changes in the flux of cosmic rays slamming into our atmosphere, but now, according to Physics World, a pair of U.K. particle physicists have dismissed that idea.

The cosmic-ray-culprit theory is detailed in the article, but the basic idea is that there’s a link between these beams and local cloud cover, and that this may be the cause of our warmer temperatures. Now Terry Sloan of the University of Lancaster and Arnold Wolfendale of the University of Durham, both in the U.K., have actually gathered the necessary data, and concluded that the evidence isn’t there.

For a more detailed review of the debate, check the analysis at the always-interesting blog realclimate.org or this New Scientist piece, which includes the cosmic-ray hypothesis as one of its 26 myths about climate change.