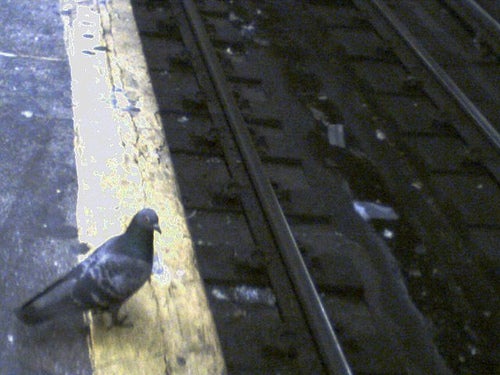 As our population expands further into the reaches of animal habitats, scientists work to understand how and whether those animals can cope with human urbanization. One of the prevailing assumptions about migratory birds in cities was that they didn’t do as well as their rural relatives because the threats were greater—more cats stealing eggs and killing fledglings. That turns out not to be the case, according to the results of a new study published by professors at Ohio State University. The culprit, they found, may be simply that the birds don’t like living in cities.

They noticed first off that smaller and weaker birds came to the urban areas, arriving late in the season and leaving early, suggesting that they were unable to find suitable areas elsewhere. The shortened stay lead to less successful nests and a greater frequency of giving up when a first nest didn’t work out. And while the urban zones did have more predators, those animals were no more a significant influence than in traditional nesting areas.

The researchers plan to continue their studies to determine which of several factors are contributing to the birds’ distaste for the city. It may be quite obvious already to those of us who have lived in cities—nesting on a ledge just isn’t the same as living in a tree.