Researchers say planned expansion of U.S.-Mexico fence may prove an end to jaguars north of the border 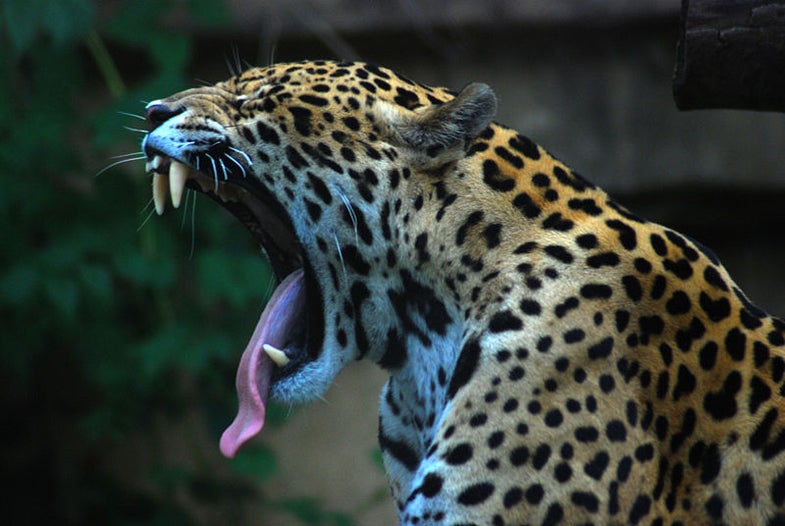 The exceedingly rare southwestern jaguar is being further hemmed in along the U.S.-Mexico border as the American government moves to construct 670 new miles of fence this year. The jaguar is a solitary animal with a very large range, two factors working against it in the wake of the construction. Most of the barriers will be built in the low, flat valleys, forcing everything—animals and people—into the high mountain passes. Thought to have been extinct in the United States, they have reappeared in very southern Arizona and New Mexico in the past seven years.

Ultimately, the odds are against the animals. All of the sightings have been of males, which tells researchers there is no female population in the U.S. That means travel across the border is critical for the males to go back and forth between hunting and breeding grounds. Additionally, the U.S. government has abandoned the recovery of jaguar populations as a federal goal, making conservation efforts nearly impossible. While this does not spell the end for the jaguar as a species—only a tiny percentage live in the U.S.—it may very well mean the end of the jaguar north of Mexico.