Where’s the Beef? It’s in My Lawnmower!

A biodegradable and less harmful engine fuel has an unusual provenance 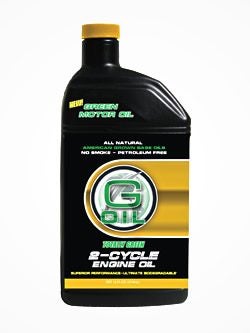 Two-stroke engines are simple, light, and powerful. Unlike a four-stroke engine (the kind you find in a car), they can be operated at any angle. That’s why you find them in lawnmowers, leaf blowers, chainsaws, and on boats as outboard motors. They come with significant disadvantages, however. They are terribly inefficient with fuel. They don’t have a dedicated lubrication system and so burn the oil they use (if cars used two-stroke engines, they would burn a gallon of oil every 1,000 miles). And worst of all, they leak fuel through their exhaust by design.

They’re meant to be used not very often—another reason why they’re not in cars—but when everyone on the block is mowing their lawn or whacking their weeds, those oily smoke clouds are going to add up. Fortunately, there’s something of an alternative. Green Earth Technologies has devised a process to convert beef tallow into an equivalent two-cycle lubricant. It’s biodegradable and it doesn’t produce the noxious exhaust. Tallow—a by-product of the slaughter industry—used to be used for deep frying (remember old-school McDonald’s fries?) but has since all but disappeared from the food service industry because of high cholesterol concerns.

The product will be hitting shelves later this month (in containers made from recycled milk jugs, of course.)