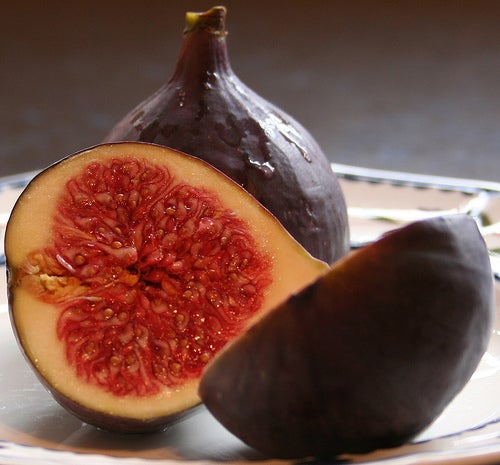 It's thanks to mutualism that we have figs. Xerones
SHARE

Mutualism in nature describes the relationship of two different species interacting to provide both with a benefit. Pollination is the most well-known example: birds and insects get nectar from flowers in exchange for carrying the plants’ pollen to fertilize other individuals. In some mutualist combinations, the opportunity is present for one species to take advantage of the other. Take for example, the fig wasp: It pollinates the fig tree in exchange for seeds. Nevertheless, it never takes more seeds than it needs. Science is reporting on a fascinating new study which finally explains why. Turns out there is a second wasp involved who keeps the fig wasp in check.

The fig wasp climbs inside the fig fruit through a tiny hole and lays its eggs in the miniature flowers within. Each larvae eats the one seed from the flower in which it was laid. When it emerges as an adult, it takes pollen to another tree. That’s the mutual benefit.

The researchers knew that a parasitic wasp also used the fig fruit to reproduce. It drills into the fig after the first wasp has come around and lays its eggs only where it can find the fig wasp larvae. What they discovered when the cut open the figs was that the parasitic wasp was only able to get through the outer layers of the fruit so that the fig wasp larvae in the interior flowers survived.

Scientists had long assumed the parasitic wasp to be bad for both the fig wasp and the fig tree because it was thought to be a detriment to the pollination cycle (the parasitic wasp doesn’t pollinate). This new research demonstrates that the relationship is in fact far more complicated with the parasitic wasp playing a kind of broker that keeps the whole system in check.