The Greening of Hydrogen Fuel Cells

To create a truly clean alternative fuel, scientists are looking towards creating an artificial version of photosynthesis 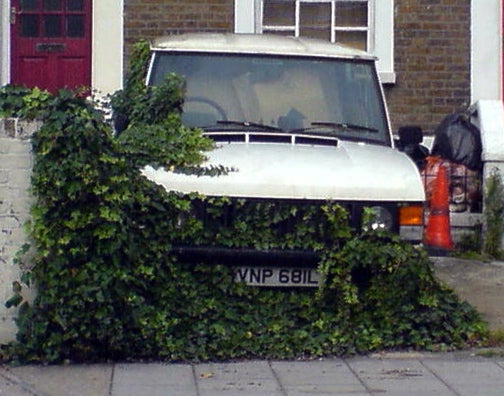 One of the technologies being touted as the next great thing for our cars is the hydrogen fuel cell. If you’ve heard anything about them, it’s that there are no harmful emissions, the only by-product is pure water, straight from your tailpipe. Of course, that’s only part of the story. While it is true that your exhaust will be clean, that’s only because hydrogen in a cell is not a source of energy the way gasoline naturally is—it’s a carrier, like a battery. The energy to be stored in the cell has to come from somewhere else. Right now, the sources are the same as they’ve always been, relying heavily on fossil fuels. The emissions are simply moved from your exhaust to a power plant.

But what if the hydrogen could be produced with alternative energy sources?

That’s a real possibility, as electricity generated by solar or wind power can be used to produce hydrogen from water through the process of electrolysis. It’s currently very expensive and not terribly efficient, but it can be done. A more direct method—and one which researchers have gotten a step closer to achieving—would be through artificial photosynthesis.

Plants use photosynthesis to convert solar energy to chemical energy. They take the sun’s rays, mix them with carbon dioxide and water to make sugars, which they consume to survive. In very simplified terms, that transfer of power would be the ideal for a hydrogen fuel cell: taking light energy, mixing it with water and converting it directly to chemical energy in hydrogen molecules which we could put in our cars.

An additional ingredient necessary to the reaction is a stable catalyst to use the light energy to turn the water into oxygen and hydrogen. The creation of the stable catalyst is what a research team of German and American scientists has succeeded in doing. It’s a very small step, but it’s an important one. The larger challenge now is to integrate that catalyst into a photoactive system. Currently, they’re only using it to transfer chemical energy to chemical energy.

Artificial photosynthesis is still a very long way off, but if we’re successful in mastering it, its applications would be much further reaching than just powering our cars. It’s arguably the most important reaction in the natural world—all life depends on it—and it could prove to be the solution to many of our problems.