An innovative new generator might address the aesthetic issue 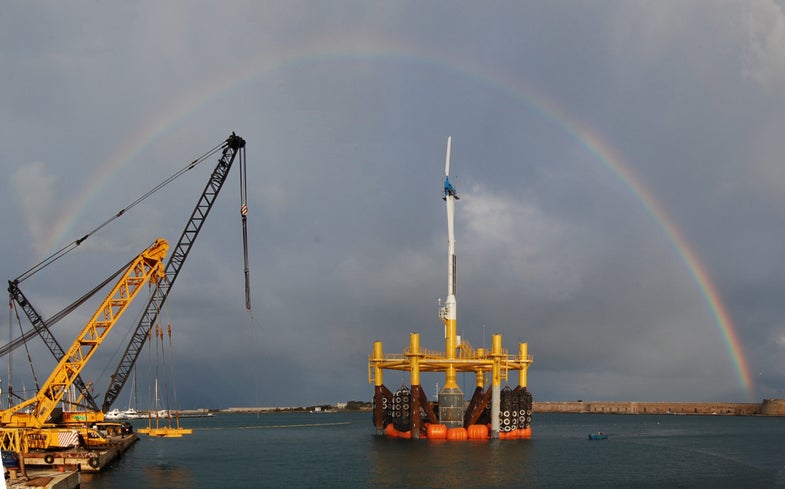 A new player has stepped into the middle of the Cape Cod offshore wind farm debate, proposing a technological solution that may finally bring the long-running fight to an end. Blue H, a subsidiary of a Dutch company, has proposed the installation of 120 floating wind turbines that would be anchored far from shore and, more importantly, out of sight. Cape Wind, the company that first proposed an offshore wind farm in the area, wants to use standard turbines. But those with beachfront property in the area don’t want their lovely views of the seascape ruined by the spinning blades.

Cape Wind isn’t concerned about the competition from Blue H, since the technology (a prototype is pictured at left) is largely unproven at this point. Blue H recently installed a test turbine off the coast of Italy, but the technology has never been tested in deep water.