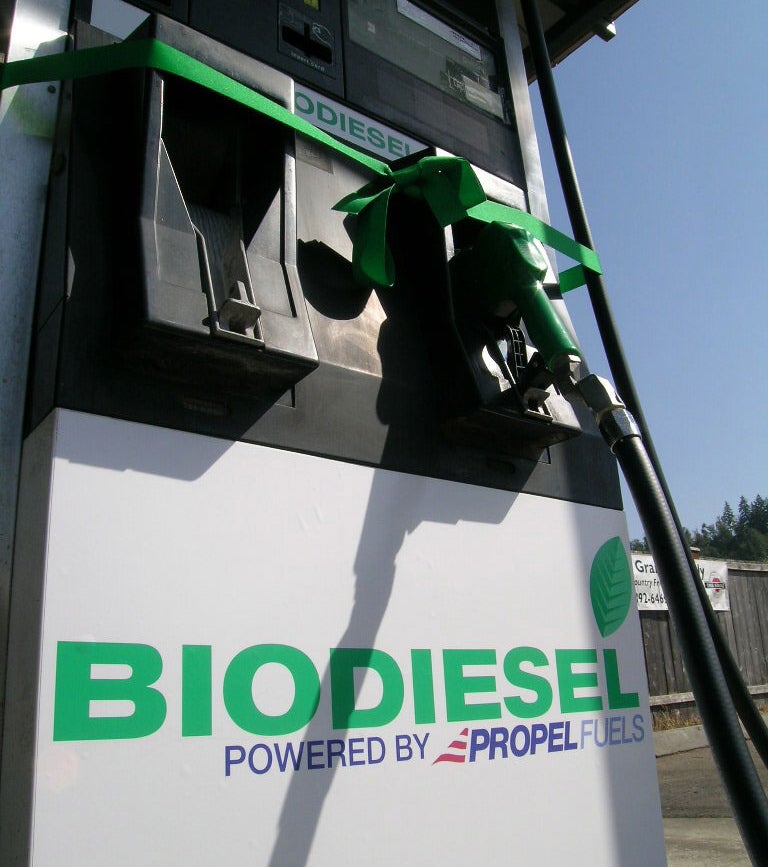 We’re still in the honeymoon period with new fuel technologies like biodiesel. They’re clean. Renewable. No more oil-covered seabirds in the news! I can drink out of the tailpipe of my hydrogen fuelcell car! We’ve been so taken with their promise that we’ve neglected to think much about their inevitable downside: these fuels are manufactured, and unfettered manufacturing can be dirty.

Last month, the BBC reported that the rush to produce biofuel in the US has contributed to the doubling of the price of wheat in the last year. Farmers are taking increasingly more land out of wheat production and converting it to corn for biofuel. When the price of wheat goes up, people starve.

Today, the New York Times is reporting on the polluting of rivers by biodiesel plants in the South. While the contaminants themselves are technically nontoxic, the problem is with the quantity and frequency they are being dumped. 135,000 gallons of grease is going to choke a river, no matter if it’s biodegradable.

The burgeoning biofuel industry appears to have uncovered the same short-term solution as so many other companies racing to keep up with demand: it is often cheaper to pay the fines later than to get the permits now. The irony here really goes without saying.