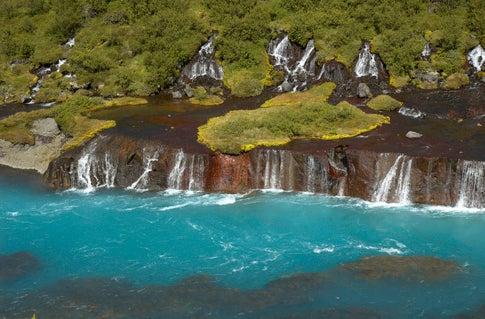 The potential is huge, but the transition to the much-ballyhooed hydrogen economy won’t be easy. Pure hydrogen isn’t a naturally occurring fuel, and today the cheapest way to make it is from oil or natural gas, which does nothing to offset CO2 emissions.

Still, hydrogen-powered fuel cells are already more than twice as efficient as internal combustion engines. In Iceland, renewable power sources make a hydrogen economy feasible. In the U.S., hydrogen may someday be produced with surplus wind power. Or researchers could even genetically engineer organisms to directly convert sunlight into hydrogen. Which just might deliver that sunny hydrogen-based future after all.