You Really Are Just Six Degrees from Kevin Bacon 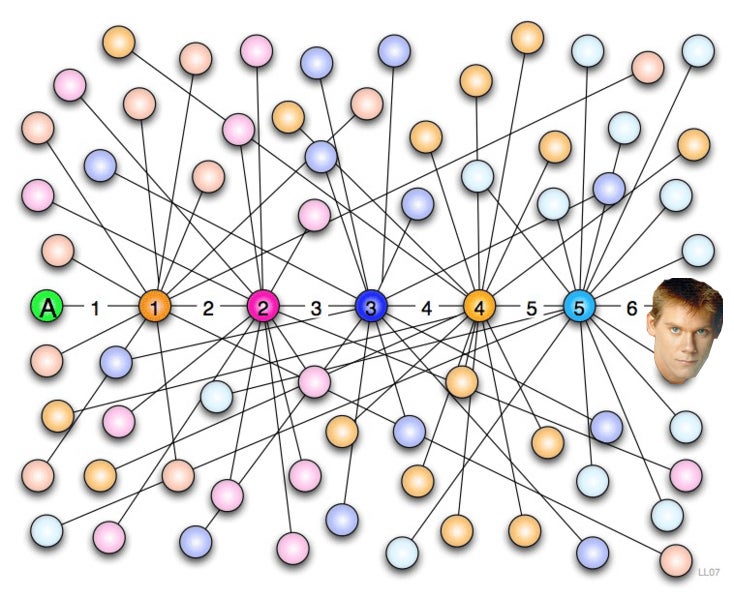 There was some wisdom behind that stoner pop-culture game you used to play in college, but it turns out the “six-degrees of separation” hypothesis was a few tenths off the mark. According to data gleaned from Microsoft’s Messenger IM service, all human contacts in a social network can be connected in 6.6 degrees.

Researchers Eric Horvitz of Microsoft and Jure Leskovec of Carnegie Mellon studied more than 30 billion chat sessions by 180 million users to arrive at the finding, which was presented at the WWW 2008 Conference in Beijing. “This is the first time a planetary-scale social network has been available to validate the well-known ‘six-degrees of separation finding,'” the researchers wrote.

So, how many degrees are you from Kevin Bacon? Let’s do a little social networking experiment. Trace a direct chain of contacts for us in the comments section: The reader who comes closest to one legitimate link away (no fair “friending” Mr. Bacon on Facebook if you don’t actually know the guy) will win a little sumpthin’ from the editors of_ PopSci_. Good luck!