New casual video games let you play as a competitive eater, or as the wind 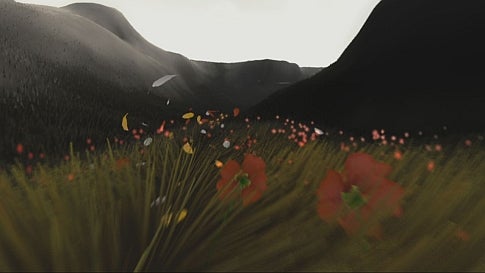 In most video games, the main goal is to a) stay alive and b) shoot down the alien baddies or c) find some elevator or key that unlocks a door into the next area. But what if the goal was to control the wind to attract flower petals, or draw crayon markings to control objects on a canvas?

“Casual” games, long despised by real gamers for their rudimentary gameplay mechanics and simplistic graphics, are making a comeback on the Xbox 360, Nintendo Wii, and Sony PlayStation 3. And it’s not because people are hankering to play Uno or Solitaire again. Unusual play mechanics and a new visual flair increasingly set casual games apart from brain-dead shooters.

One of the most unusual games I’ve seen, which will be released sometime late in 2008 for PS3, is called Flower. There will be no rocket launchers in sight. Instead, you play as the wind (yes, the wind) and control a single flower petal trying to attract more petals in a serene, highly detailed environment. It’s all about pacing and rhythm, with no clear objectives. Developed by Thatgamecompany, based in Santa Monica, Flower challenges the standard video game definition and is intended to help relieve stress instead of causing more of it.

Braid, an Xbox 360 casual game by Jonathan Blow, does elicit some stressful moments. In this game, as in the innovative Prince of Persia games for Xbox 360, you can stop time and rewind it. This is not just a simple gameplay add-on — it’s the main point of the game. In each level, you have to get from one end of the map to the other, although you can just skip a level you don’t like. Braid uses a waterbrushed look and has an ethereal soundtrack, with a “save the princess” goal that feels forlorn and legitimate. It’s very difficult to stop playing.

Crayon Physics Deluxe for PC is another game with an unusual paradigm. Using a crayon, you draw on a canvas to control objects that are tumbling, falling, and rolling along on the screen. It’s slightly reminiscent of Desktop Tower Defense in that you are controlling the action indirectly.

In “Major League Eating: The Game” for Nintendo Wii, the goal is to eat food as fast as you can without barfing. Perhaps a little disgusting (it has an E-10+ rating), it’s unusual in that the game shows your stomach filling up, cuts to real videos of eating contests, and doesn’t really benefit from the Wii’s unique tactile gaming system that senses movement. It’s more of a button-mashing diversion; a party game. 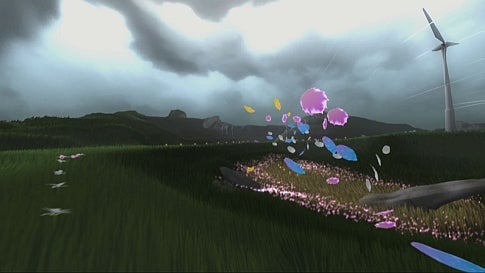