Looking for a Few Good Photos 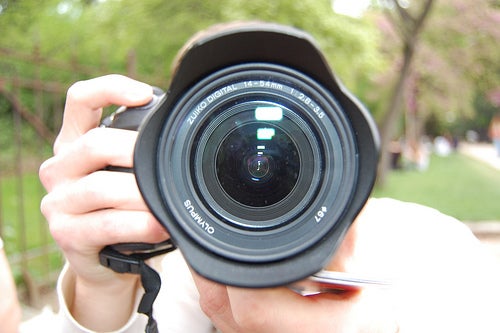 Shutterbugs, if you’re a Flickr user, you have a reason to be snap-happy. Getty Images, a leading stock photo agency, teamed up with Yahoo this week so that it can buy photos from Flickr’s 2 billion picture database. Don’t go breaking out the champagne just yet, though. Since Getty will be handpicking the photos personally, users will have to wait to be contacted to discuss contributor contracts. If chosen, the Flickr image will have a special link to the Getty page. And while price has not been specified, they will likely be commensurate with current Getty rates.

According to Getty, it usually charges between $500 and $600 for “rights managed” images, of which photographers get 30 to 40 percent, and approximately $250 for non-exclusive use of images, (photographers get 20 percent of that). Good news to say the least, but why is Getty turning to Flickr? Simple: it wants to add authenticity to its own database. Also, the Flickr pool is appealing to advertisers, according to Getty’s co-founder and chief executive Jonathan Klein. The plan will be implemented in coming months, but for photo enthusiasts who can’t wait or who perhaps are not chosen, try heading to iStockphoto, another popular Getty-owned photo catalog, to post your favorite images.