That scourge of the inbox turns 30. So how'd it all begin? 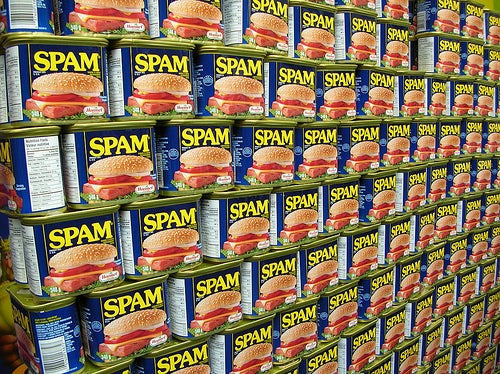 Tomorrow is a special day for spam—it’s turning 30. Even those despised emails about enlarging certain body parts, discounts on health products, Rolex watches, enhancing your love life have to have an origin.

In fact, spam began inoffensively enough with an email sent May 3, 1978 to about 400 users of Arpanet, (the government-run network that later became in the Internet) from a marketer at the (now defunct) computer company Digital Equipment Company. The first one wasn’t the scam- and virus-filled message familiar to today’s Internet users—just a friendly email inviting all to a showing of a new computer system.

Today the stuff reaches nearly everyone’s email inbox. Last year alone, Americans lost nearly $240 million to fraudulent spam emails according to the FBI. Worldwide, it’s a multi-billion dollar industry. And those figures don’t include the money and time spent to keep spam away.

Alas, we here at PopSci are no more immune than anyone else. So in honor of its birthday, a sampling of the, er, creative spam that reached our inboxes today.

Make sure of correctness of the decision

Have you ever thought of becoming a police officer?!!

And the always lovely: Piramid in your pants – Eat a strip and be like a egyptian god!

Hit up templetons.com for a look at the email that started it all along with the fascinating early replies of users trying to muddle through the role of such messages on Arpanet mail.