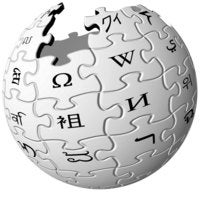 Bertelsmann AG announced plans to release a single-volume, printed and bound version of the online encyclopedia, Wikipedia, in September. And it’s already out of date.

Kul Wadhwa of the Wikimedia Foundation, the nonprofit that promotes the site, tells the San Francisco Chronicle that the move is “groundbreaking”–it’s his job to figure out how to make some money through Wikipedia, even though the site doesn’t post ads and all the content is free. The head of publishing at Bertelsmann’s encyclopedia group says the book will be condensed to roughly 50,000 of the most popular articles, each of which will be just eight to ten lines each. So, if you’re wondering, the answer is no, that little stub you wrote about yourself probably won’t be included. Bertelsmann also says at least some of the entries will be fact-checked.