Comcast and BitTorrent partner, but will the ISP giant really stop its traffic-limiting ways? 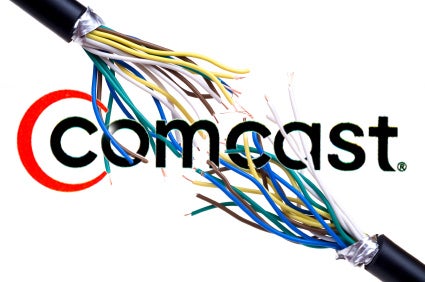 When DSL and cable first arrived, ISPs abandoned the per-hour dial-up access billing model for unlimited bandwidth at a flat rate fee. Recently, Comcast has come under fire for “shaping its traffic” (read: blocking) while maintaining its unlimited contract with users. Lawsuits have been threatened and the FCC has been stirred to comment. The issue at hand is the peer-to-peer file sharing networks. While their user bases account for a very small percentage of the total Internet audience, the traffic they generate is said to account for anywhere between 50 and 90 percent of all data. Complicating the matter is the specter of Hollywood and the RIAA looming over the ISPs with threats of their own.

Comcast has finally responded by announcing a partnership with BitTorrent Inc. to find “protocol agnostic” ways to manage its traffic. That’s a step in the right direction, as it would seem to imply they’ll be conducting their “shaping” based on overall useage, not necessarily based on those using peer-to-peer networks.

While it is still a practice contrary to Net Neutrality ideals, it is at least an encouraging move from one of the ISP giants. The hope in the coming months is that Comcast and others keep away from traffic-limiting practices. The openness of the web was what originally led to its greatest innovations and fears that that innovation could be stifled by closing off avenues abound.