The Internet giant joins forces with Google--should Facebook and Microsoft be afraid? 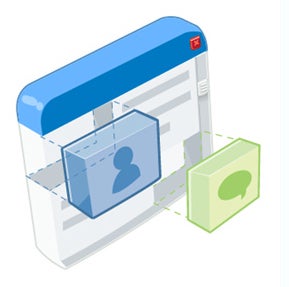 Yahoo yesterday joined Google’s recently launched OpenSocial network. OpenSocial is built on APIs that let developers build applications to run on any participating social network. It gives the programs access to user data, relationships, and event postings across the board. For example, if the wildly popular Facebook application Scrabulous had been built for OpenSocial, it would work on any network under the OpenSocial umbrella, not just Facebook.

It takes the old model of fencing off information from the outside and turns it into a new model where the competition is about how that information is used, not how it is controlled.

In tandem with the announcement of Yahoo’s sign-on, Google also unveiled the OpenSocial Foundation, a non-profit designed to keep OpenSocial neutral and governed by the community at large.

The move effectively pits Facebook and Microsoft Live against just about every other major player in the social networking realm. Whether the two remaining giants will join up as well is unclear, but the consensus online seems to be a resounding no.