Plans to keep a lot of its technology in TV sets 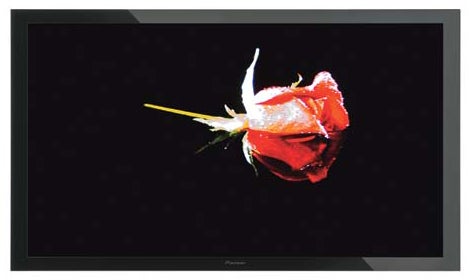 We had a quick phone call with Russ Johnson of Pioneer yesterday evening to find out what the decision to stop making plasma modules means. While Russ didn’t have answers to all our questions, we got a much clearer picture, so to speak.

He confirmed that Panasonic will provide the plasma modules—essentially the basic screen, without most of the electronics and the color filter. And though he didn’t say explicitly, we got the impression that Pioneer will be taking what Panasonic is giving, rather than dictating a design based on Pioneer’s plasma technology. This has to be a disappointment to Pioneer fanboys and girls, but it may not be a complete tragedy.

Johnson confirmed that Pioneer will still design its own video processors and “drive electronics” that make the panels work. The drive system is, he said, a key component of the Kuro technology that produces amazingly high contrast on Pioneer’s sets. But the plasma module is another part. Johnson pointed out that nowadays, plasma modules from the various manufacturers are not so different. But he acknowledged that Pioneer’s modules did have an extra something (which they have never adequately explained to us) that contributed to the Kuro look. We don’t know yet how this will affect Pioneer’s announcement at CES to make a plasma screens that can produce absolute black tones.

We also sent questions to Panasonic to get their side of the story, but they have not yet responded.

In a very telling move, Pioneer will also be getting in the LCD TV business through a joint venture with Sharp. When Pioneer, the great stalwart of plasma, starts selling LCD TVs, you get a clear indication of what side is winning this format war. (Even Panasonic, by far the largest Plasma seller in the US, has a big LCD TV line.)

Johnson said that Pioneer will be transferring the “Kuro DNA” to its LCD line, but he couldn’t really say what that means. Most LCDs have abysmal contrast ratios compared to plasma, so it’s not immediately clear how they can get up to a level worthy of the Kuro moniker. Using individually dimmable LED backlights could be part of the solution, Johnson said, but it still doesn’t allow the pixel-by-pixel control that plasma does.

If you’re a fan of Pioneer plasmas and don’t want to take chances on the Panasonic collaboration, hit the electronics stores this summer, when Pioneer will debut its latest (and last in-house-manufactured) line of plasma TVs.