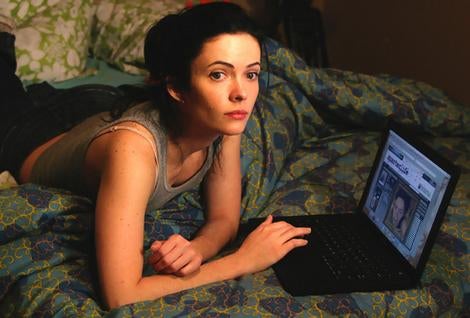 Actress Bitsie Tulloch, who plays Dylan Krieger in a scene from the series Quarterlife, a new web-based show centering on the lives of a group of twentysomething friends. AP/Quarterlife.com
SHARE

Sunday at SXSW Interactive, a venerable panel of experts in publishing, literature, film—and even computational biology—gathered to discuss the problem of how narrative entertainment forms like film and literature are going to need to adapt in order to thrive in new media environments.

The panel was called “Hollywood, Design and Literature: Who is Inspiring Who?” and there was a lot of talk about the how current tech trends like multiplayer gaming, handheld gadgets with touchscreens, and interactive media (IM, text messages, etc) must be incorporated into modern stories—especially if they are to depict youth culture with some accuracy.

The experts seemed to agree that making the stories themselves interactive, as in the example of the NBC show “Quarterlife,” (which was dismally received and aired only one episode before returning to its Web-only format) isn’t an automatic road to success. Interestingly, entertainment producers are finding that audiences don’t want a “choose your own adventure” experience from films and novels. What they want is the shared experience of sitting down and being led through a narrative that they can later discuss with friends. This is true even of the content on YouTube. Viral video only works when you can pass it to a coworker with a note that says, “Holy crap! Have you seen this?”

People in the business of creating content haven’t yet figured out how to market successfully to all the three audiences in current media—the content consumers, sharers and remixers, but the first step is to acknowledge that they all exist.

As panelist Joe Crump of Avenue A/Razorfish pointed out, Hollywood has fallen woefully behind in the area of interactive media primarily because of two outdated and egotistic notions:

1.That it’s possible to create a “perfect work,” and that as the creator of that work, you and you alone have the authority to change or update it. (Remix culture flies in the face of this notion—which is why it’s still controversial among copyright lawyers.)

2.That people are going to sit down and devote their sole attention to what’s happening on-screen. (A recent study showed that 60 percent of people regularly surf the Web and watch TV at the same time. And I can attest that the majority of SXSW conventioneers are simultaneously listening to panel discussions and discussing them on Meebo or Twitter.)

As the media landscape shifts toward social networks and the “remixing” of content in new and novel ways, filmmakers and literature producers are going to have to find ways to make storytelling keep pace, and to monetize their work—probably through some application of liberal licenses. It’s possible that technology is forcing us to altogether rethink what the word “story” means.