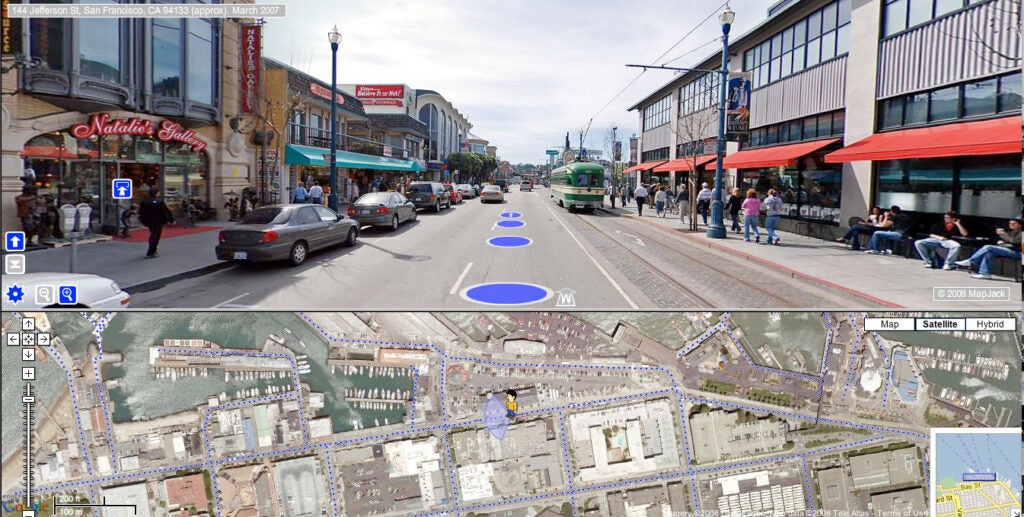 Wired recently reported on a newcomer to the street-level imagery map game. They’re called MapJack, and if they can expand quickly enough to cover the ground Google has already claimed, they’ll give them a good run for their money. The concept is the same–you click around on a map and see photos of the street–but beyond that, the two diverge. MapJack’s imagery is many times sharper, larger, and more dynamic than Google’s. The site offers a sophisticated array of controls, both in navigating the street and the view and in controlling the image display. I found it much more responsive and vibrant than Google Maps. Lining up a particular address or orientation is a snap, like it should be.

Another advantage to the MapJack interface is that it splits the map and the imagery into two frames (as opposed to overlaying the image on the map as Google does) giving the user a wider view of the street. So far, MapJack is only available for San Francisco in the U.S., but plans for expansion into other Western cities are in the works.