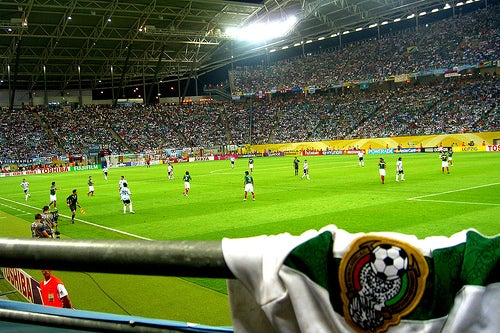 In an unexpected move, the International Federation of Association Football, soccer’s governing body, this week pulled the plug on plans to implement a state-of-the-art scoring system. Instead of introducing the dual technologies—a sidelines camera and in-ball chip—officials have opted for a decidedly low-tech solution for better determining whether a goal was scored: two additional linesmen.

FIFA’s decision surprised its potential partners as much as fans. Hawk-Eye, a camera-based program that has received rave reviews in cricket and tennis, was close to finalizing a system for the English Premiere League. “I’m livid, it is completely out of the blue,” Hawk-Eye managing director Paul Hawkins said. “A year ago they set four criteria that had to be met, so they obviously wanted it then. We have invested an awful lot of money and now we have no return on that investment.” The second technology, developed by Adidas, relied on a chip implanted in the ball itself.

FIFA president Sepp Blatter who had previously supported goal-line technology changed his tune. “Let it be as it is and let’s leave [soccer] with errors,” Blatter said. “The television companies will have the right to say [whether the ref] was right or wrong, but still the referee makes the decision–a man, not a machine.”

The acceptance of “errors,” is mind-boggling when technology exists to get it right. FIFA’s action bucks the spreading trend: Already, nearly every sport has implemented replay in some capacity. For Americans still confused as to how a game can end in a tie, it further cements soccer’s reputation as a sport more concerned with tradition than accuracy. And in the face of these impressive technologies, a “solution” of additional linesmen borders on the absurd. Two more sets of eyes will only makes soccer look that much more foolish once a TV replay shows the call was still blown.