An Extra Dimension for Sports 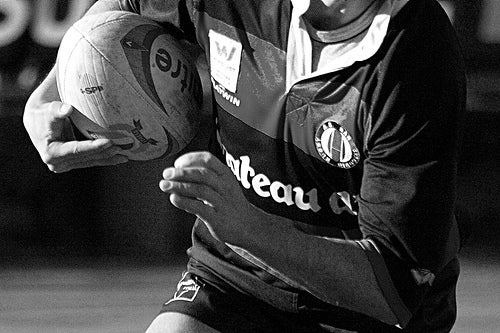 This is probably the first and last reporting on rugby you’ll see from Popular Science, but when you broadcast a sport live in 3-D (while serving alcohol) some coverage is deserved. On Saturday, a select group of executives got to watch the battle between England and Scotland in three dimensions on a movie screen in West London. For the English in attendance, the extra-vivid depiction of a 15-9 loss to the Scots likely required additional pints, but more importantly spoke to a larger trend in making live 3-D broadcasts a reality. The 2007 NBA All-Star game was similarly telecast in an extra dimension for a few privileged viewers last year while U2 even offers their first 3-D concert to cost-conscious fans via video.

The BBC worked with The 3dFirm to provide the enhancement with standard cameras (plus the obligatory goofy glasses). They hope to broadcast both the upcoming World Cup and Olympics events (think badminton in 3-D) at theaters. Heading to your local movie theater or stadium to watch your traveling team in an additional dimension seems not so far off. Even home viewing is being actively pursued. Philips has a prototype screen due this year that won’t even require the glasses.

Read more of The Score, our sports science blog, here.