That sound you hear is a million d20s clattering on tabletops, rolled in tribute.

The d20 was one of the seven polyhedral dice used in D&D.;. Crystal Caste
SHARE

I could go on and on about the impact D&D had on multiple generations of geeks, freaks and nerds, or its influence on modern computer gaming (World of Warcraft, LotROnline and Everquest), or even its rather checkered history with the civilian population. (Who remembers the anti-D&D hysteria in the 80s?) 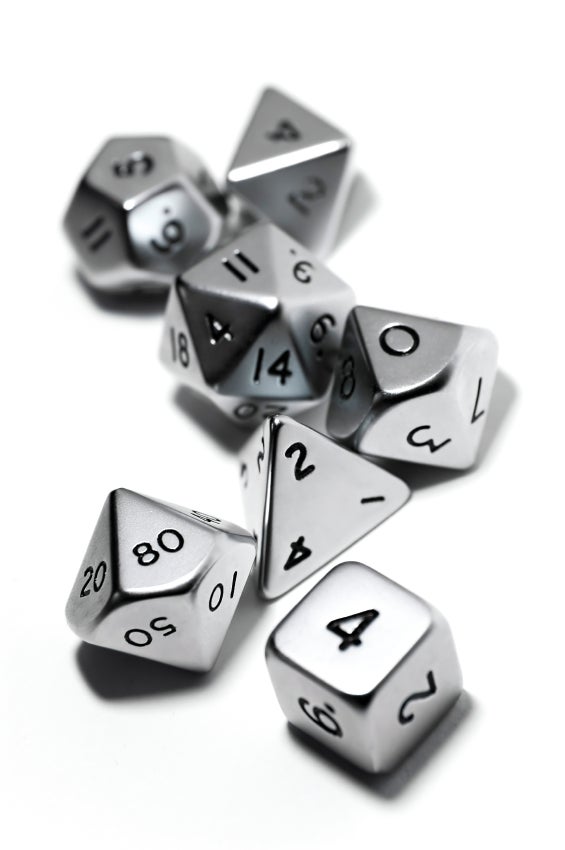 A standard set of seven polyhedral dice used in RPGs.

Instead, I’m just going to publicly (but, alas, belatedly) thank Gygax and Dave Arneson (co-creator of D&D) and the countless other games designers who’ve developed the worlds and systems that have provided gamers–even those of us who’ve gotten too busy to game much anymore–with years of entertainment, fuel for endless debate, and, yes, a healthy variety of inside jokes.

I believe this calls for a trip to The Compleat Strategist tonight. For old times’ sake.