10,000 BC Tramples Box Office and Science

Bad execution and bad science: What more could you want in a stinker? 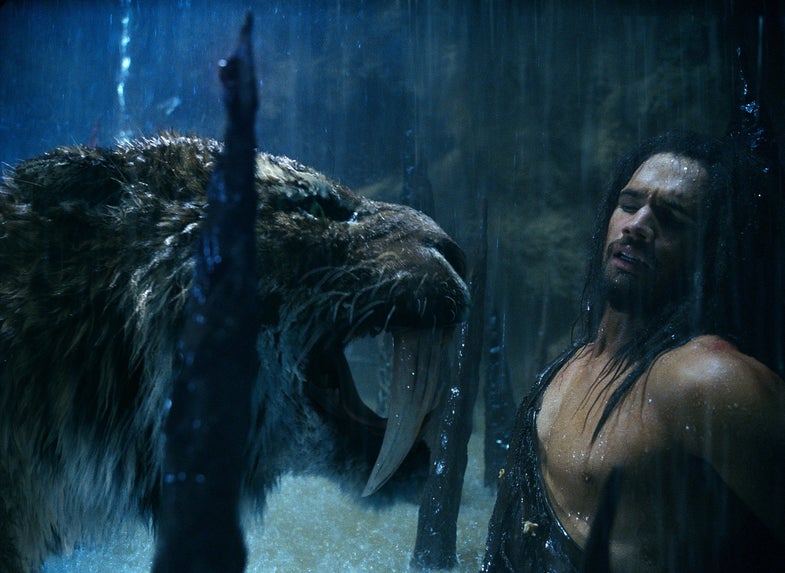 Did anyone really expect 10,000 BC to be scientifically accurate? The reviews of the critically-condemned movie are fun to peruse, but the ones focused on the science are especially entertaining. Because, well, the science (as we all should have guessed) is way, way off.

For one, there’s the whole timing issue relating to the construction of the pyramids, which figure critically into the movie. The current thinking places that building phase at around 2,500 BC, and, well, based on the title, you can guess that the filmmakers took some liberties there. They also address the age-old question of just how those pyramids were built with a thoroughly creative but highly improbable answer: trained wooly mammoths! Surely, scores of Egyptologists are currently kicking themselves, asking, ‘Why didn’t we think of that?’ And we haven’t even gotten to the carnivorous vultures. The funny thing, though, is that all these hilariously angry reviews do make me want to see the movie. On DVD. With a fast-forward-enabling remote close by.