Officially, the International Olympic Committee has permitted athletes to blog from the Beijing Games. But that doesn’t mean they’re allowed to write just anything 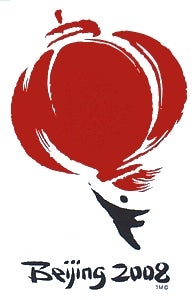 “It’s better to be seen and not heard.” This condescending counsel dispensed to unruly adolescents is doubling as an unofficial recommendation for athletes in the upcoming Olympics in Beijing, China. With a location immersed in controversy, Olympic committees worldwide have threatened to spank any athlete who smuggles a soapbox into his gym bag.

This environment makes it all the more surprising that the International Olympic Committee announced recently that it will allow athletes to blog. What forum is more synonymous with personal tirades than blogging? The IOC recognized that blogs are a “legitimate form of personal expression,” which, thanks to technology, is no longer limited to gold medal winners destined for a Wheaties box. Any athlete with a laptop will have a global readership within his or her reach.

So, good luck to Britain’s Olympic Federation, which will require its athletes to sign a pledge that they won’t use blogging privileges to take shots at China. Same to United States Olympic Committee Chairman Peter Ueberroth who said last week that his athletes should focus on their sports and not the host country. Heck, good luck to the IOC who says in its own charter that the Olympics are not supposed to serve as a political platform. Really? Since when? Remember black gloves, Munich, Jesse Owens, Moscow, and South Africa? Most recently, Steven Spielberg quit his role as the Games’ artistic adviser over China’s position on Darfur.

Perhaps the IOC recognizes it can’t stop blogging (in previous games athletes blogged ‘illegally’), so better to condone it and try to control it. The approval forbids video and audio clips of events as well as writing about other athletes.
So, what exactly does the IOC think athletes should blog about? Recreational activities in the Olympic Village?

Submit new research, technology or questions about all things sports & science to zarda13@yahoo.com.