Next Steps for Nintendo’s Wii 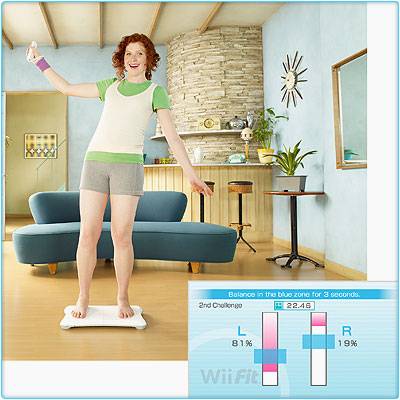 Yesterday Nintendo announced that the WiiWare channel—which will offer a range of additional games, including an installment of the popular Final Fantasy, along with tools for developers to create new ones—will launch May 12. According to GameSpot, Nintendo of America says that there are already more than 100 projects in the works, and a healthy slate of those games will be ready to go on launch day. Giving a bigger pool of developers a chance to find new ways to use the Wii should prove interesting – there’s more room for creative applications.

Also, a week after the channel launch, Nintendo’s Wii Fit will go on sale.

Players will be able to do yoga and calisthenics without leaving the house, and a skiing game is also in the works. While it might seem like a bit of a, ahem, stretch, the exercise game has already sold more than 1.4 million units in Japan.