At this week's TED conference, Microsoft announced a groundbreaking software that will bring the farthest regions of the universe to your desktop—but will it soon be the only way to see the night sky? 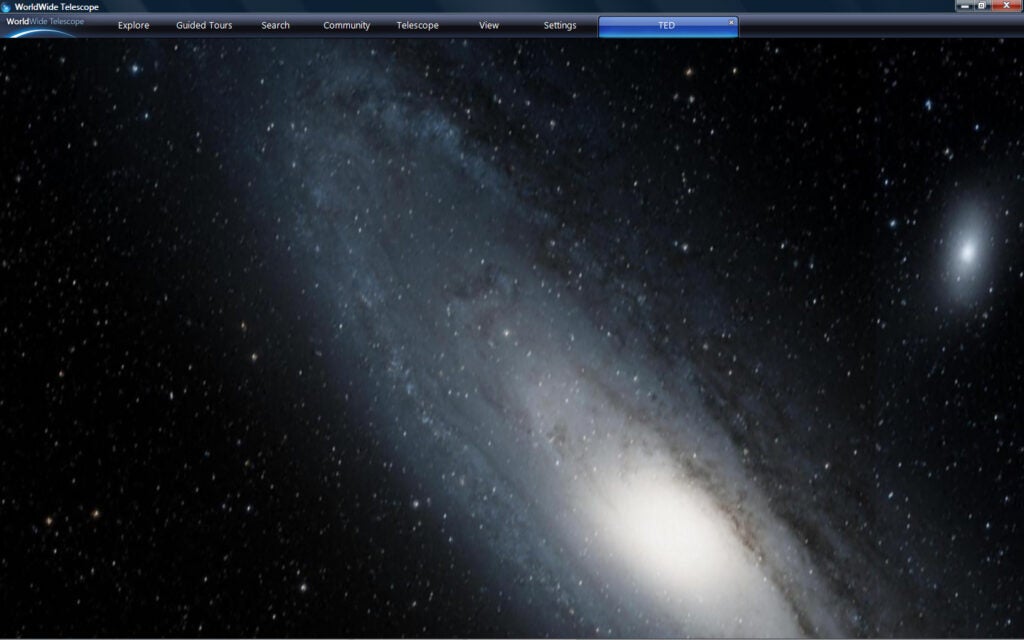 The World Wide Telescope will let users zoom and pan through distances stretching to the farthest reaches of the known universe and stop in for a closer look at just about any object they encounter.

Playing with Google Earth is an immensely gratifying experience. You swoop in like a superhero and pan around as though you’re hovering over your own house. Imagine if you were able to do all that in the other direction, out into space. This spring, Microsoft is poised to release the World Wide Telescope, which promises to do just that and more, on a scale of galactic proportions.

Microsoft has assembled an application of tremendous depth and breadth using data from the Hubble and land-based telescopes around the world.

You’ll be able to zoom and pan through distances reaching back to nearly the big bang, stopping in for a closer look at just about any object you encounter. But the WWT promises to be much more than just a collection of dazzling photographs arrayed in three-dimensional space (pretty impressive in itself!) The WWT is filled with data on thousands of points of interest and has the capability for you to build and share your own tours with friends.

Free for download, it will be released sometime this spring. Unfortunately for us Mac users, the WWT is currently only available for the Windows platform. You can watch a video presentation of the technology at TED to whet your appetite before its release.

While the development of an application of such depth and wonder is undoubtedly something at which to marvel, I can’t help but think of the darker side to this story (which strangely enough has to do with a lighter side). It is not unrealistic to think that the World Wide Telescope will be all that’s left for us to enjoy of the night sky in the years to come. Today, nearly the entire eastern half of the United States is awash in a glow equal to at least twice the natural night sky brightness. In and around metropolitan areas that number can rise as high as 27 times as bright. What’s more, these figures are based on data collected for a study nearly 10 years ago, at which time yearly growth rates of light pollution were estimated to be between five and 10 percent.

Unlike global warming, no one needs to be presented with alarming statistics to understand the light-pollution problem. Simply step outside on a clear night and look up. I remember being able to see the band of the Milky Way as a kid; I haven’t seen it in years. With the WWT, at the very least we’ll see it again if only on our screens.