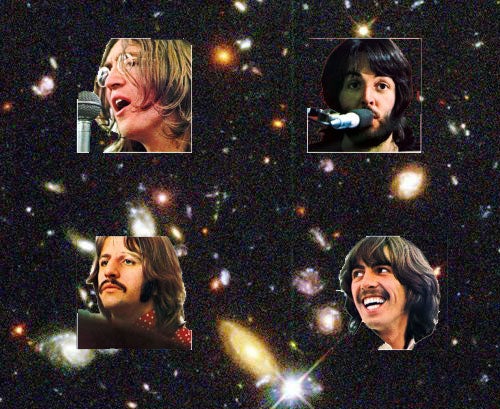 Dopey PR stunt or touching commemoration? You be the judge. On Monday evening NASA will celebrate its 50th anniversary by beaming “Across the Universe,” well, across the universe.

Or, more specifically through the Deep Space Network’s antennas, towards the North Star, hurtling along at 186,000 miles per second. The transmission will mark the first time a song is sent through space–not coincidentally, it’s also the 40th anniversary of the original recording. NASA’s transmitting the song at 7pm EST and urging everyone to aim their hi-fis skywards at the same time.

Paul writes: “Send my love to the aliens.” And Yoko Ono told NASA “this is the beginning of the new age in which we will communicate with billions of planets across the universe.”

But I gotta say, nothing’s gonna change my world.