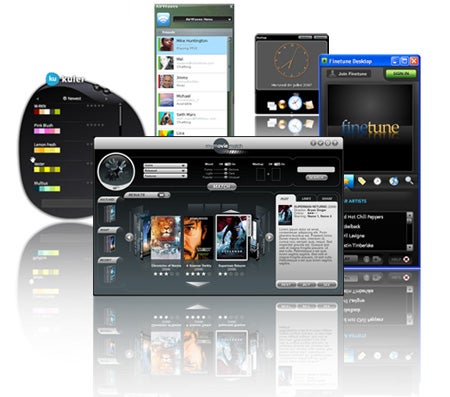 This past Monday, Adobe launched its AIR software, which aims to merge the sometimes-disparate worlds of the Internet and a user’s PC. You might think of AIR as a much more sophisticated and versatile PointCast, the mid-90s screensaver that used push technology to deliver news and stock quotes to a user’s desktop. It’s not a perfect comparison—AIR is platform and not an application—but it’s a good starting point for understanding the concept.

AIR is a cross platform runtime (it runs on Windows and Mac OS and Linux later this year) that builds on the success and flexibility of Flash by allowing developers to create desktop applications that mimic the Web. Whereas PointCast was a one-way street—data was “pushed” to your computer and you could only watch it go by—applications built on AIR are highly interactive. They function like any other application you might launch from your desktop, but they are seamlessly integrated with the Web.

The advantage AIR has over a traditional Web site is that the software can harness the local data and power of your PC without having to launch a browser. And the applications will look the same no matter whether you’re on your home computer or your laptop (and eventually your smartphone).

AOL, eBay, Nickelodeon, and NASDAQ are a few of the companies taking early advantage of the technology. Have a look at what they’ve done so far. The AIR software is free from Adobe.