Small Stuff on the Big Screen

A new short film delivers nanotech for the masses 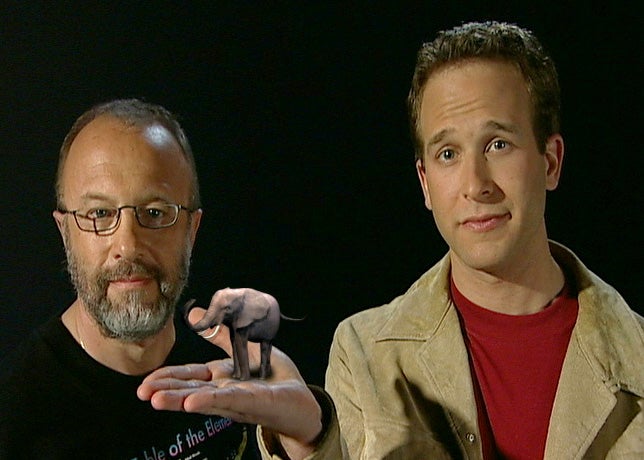 A baseball zooms through clouds, straight through a wall and into the waiting hand of actor Adam Smith, who is tricked out like a magician, complete with wand, tuxedo and top hat. “How do you do it?” Smith asks conspiratorially. “You just need a small enough ball, of course.” But Smith isn´t really explaining a magic trick. He´s talking nanotech, in the new short film When Things Get Small.

The 30-minute flick-a collaboration between physicist Ivan Schuller of the University of California at San Diego and producer Rich Wargo-is a corny romp through Schuller´s research into building the world´s smallest magnet. Before becoming a scientist, Schuller studied theater in college, an avocation that sparked his passion for changing the way scientists communicate with the public. His shtick is science as entertainment, and When Things Get Small is his first film effort. It may not be high art, but it smoothly introduces physics concepts while poking fun at stuffy science stereotypes-kind of like Beakman´s World for nanotech.

The main gag is all about peanuts: A ballpark-size bowl of them represents the number of atoms in a human hair, and peanut shells bombard Smith to explain how atoms collide. Zany graphics and low-tech special effects are used to illustrate the finer points of nanotech, like the quantum tunneling of electrons through thin surfaces of matter. Eventually, the journey reaches the guts of Schuller´s lab machinery, showing how scientists layer atoms to form nanodots, which might one day become the nanomagnet of Schuller´s dreams.

Sure, the execution is goofy, but what´s novel here is the fact that the film represents a serious scientist disseminating his research findings to the public, in a format suitable for audiences “ages 15 to 85,” as Schuller likes to say. He could have just published his findings on nanotech in a prestigious journal and called it a day (which he´s been doing over a 30-year career in science). Instead he spent three years and $400,000 dollars, underwritten by the National Science Foundation, UCSD and others, to make a funny movie about his project. “Most people think science is boring,” Schuller says. “Why should we pretend that we´re like everyone else?” So is there another film on Schuller´s horizon? Yup, you guessed it-When Things Get Big.