New Online Music: Yours For a Song 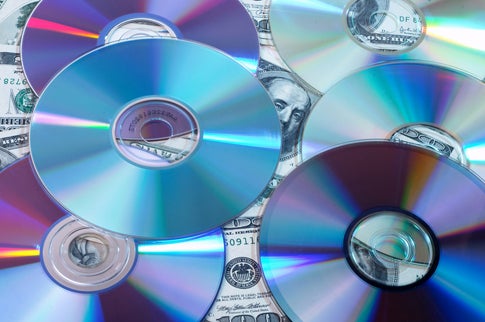 Remember the used-record store? The racks were made of dirty white particleboard, the signs were handwritten in red permanent marker, and the bald guy with the lip piercing behind the counter played in your cousin´s band. You could find almost anything there, usually for around $6. Music megastores and Web sites put these places out of business, and even if you can get just as good a deal buying a CD off eBay, you don´t get the music community that came part and parcel with your local punk-rocker-run music shop. And obscure titles are getting harder and harder to find in CD form.

While the rest of us were lamenting this sad state of affairs, Internet entrepreneur Bill Nguyen was doing something about it. He figured out a way to bring the used-record store back, modernized for the Internet era. His solution: LaLa.com. Although the name is stupid, the concept is not. It isn´t legal to burn CDs, but it is legal to give them away. That´s the premise behind LaLa, where users browse one another´s CD collections and pick out discs that they want to own.
It works like this: Each member uploads a list of his or her CDs to the LaLa database, which currently comprises upward of 1.8 million albums (iTunes has around 150,000). If someone wants a CD that you have, you get a message saying as much, and if you can part with that disc, you drop it in a prepaid, Netflix-like envelope, write that person´s address on it, and drop it in the mailbox. The person receiving the CD pays $1 to LaLa for arranging the transaction and 49 cents for postage.

Like at the used-record store, LaLa users basically hang around and jaw off about music all day. The site has a message-board-like function that allows members to talk to one another-about CDs, their cousin´s band, whatever. You can browse just the music or, if you find someone who has similar taste, you can browse his or her profile for something unexpected.
The best thing about the service, though, is Nguyen´s concern for artists´ rights. He found a legal loophole-an image-and-likeness agreement-that allows him to give 20 cents of each dollar his site takes in directly to the recording artists-without going through their labels or agents. Most musicians don´t make 20 cents off selling a new CD (so LaLa won´t be getting Metallica all riled up again).
LaLa officially launches this summer. Currently it´s in beta testing, with new accounts available by invitation only.

But here´s the good news: Bill Nguyen, a lifelong PopSci fan, has extended a special invitation to his fellow readers. For the next two weeks you can get in on the testing by going to lala.com/invite/popsci.