Hi-Def gaming and TV in one powerful box 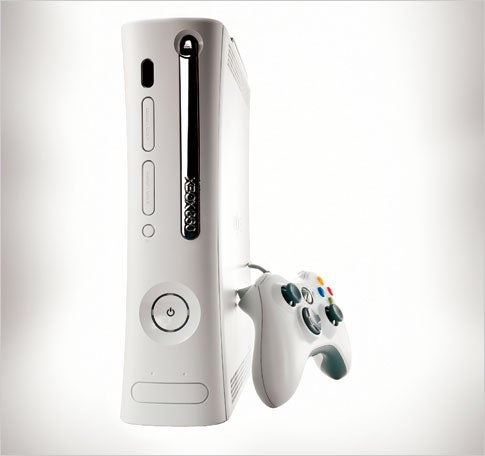 As the first of the next-gen gaming consoles (Sony’s PlayStation3 and a system from Nintendo are expected next year), the Xbox 360 easily maintains the cred the original Xbox earned in 2001 when it crushed rival PlayStation with superior graphics and performance. This time, though, it’s not just about games-the 360 is poised to take over the living room as well.

Its one-teraflops processing speed, fueled by three 3.2-gigahertz processors (think: three desktop computers), may make the 360 the most powerful computer you’ve ever used. Now all those flying chunks of decimated buildings and exploding monster heads can be uniquely generated based on your actions, delivering the most realistic console-gaming experience ever-and in a full 1,080 lines of high-def resolution.
The 360 is also the first Media Center extender that receives and plays back HDTV from Media Center PCs. And it comes with a free lifetime subscription to the Xbox Live online service. $300