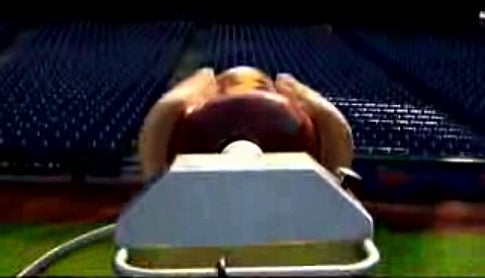 With all due respect to the “Best of What’s New Awards,” it appears my esteemed editors at Popular Science missed at least one invention in their yearly lineup. The Hatfield Hot Dog Launcher has changed the way fans eat and scream at Citizens Bank Park, home of the World Series champion Philadelphia Phillies.

“I’d rather have a hot dog hit me than the ball,” adds a fan.

The humble beginnings and lasting impact of the Launcher are documented in this emotional six-minute video, below. From failed spring-loaded attempts to their latest eight-foot-long vehicle-mounted launcher, the video shows the triumphs (200-foot launches) and the failures (relish and mustard flying in opposite directions) of the product development cycle. We’re not quite sure where this film came from, but as a scientific community, we’re all the better for it.