While the English use their UAVs to covertly spy on their own citizens, the Scots have leveraged the technology for... 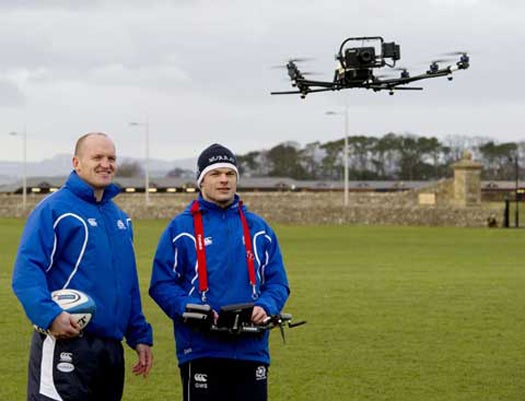 While the English use their UAVs to covertly spy on their own citizens, the Scots have leveraged the technology for a much greater social good: helping them beat the snot out of those southern wankers on the rugby pitch.

In preparation for the RBS Six Nations Rugby Tournament, the Scottish national rugby team has been using Cyberhawk unmanned helicopters to monitor their practices, and deliver God’s-eye-view footage of each scrum. The UAVs are on loan from team sponsor Scottish Hydro, which normally uses the UAVs to inspect pylons and wind turbines.

They players have taken to calling the UAVs “Flying Scotsmen,” after Ian Smith, who is tied with Tony Stanger for the team record of most tries (24) in international play.

Armed with UAV technology, Scotland may actually have a chance of winning the Six Nations, despite entering the tournament ranked below every other team except Italy.