When first-person-shooter video games first hit the market, the computer-controlled bot characters that were deployed in multiplayer matches to fill... 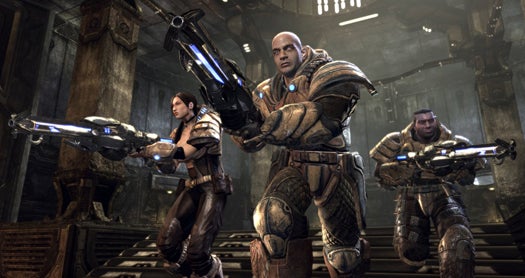 When first-person-shooter video games first hit the market, the computer-controlled bot characters that were deployed in multiplayer matches to fill out the ranks ran around like the Keystone Cops. Now, the bots do a bit better, but not nearly good enough for the people behind the BotPrize.

BotPrize, a twist on the famous Turing test of artificial intelligence, offers $6,000 to the first team to create a bot that 80 percent of the judges can’t distinguish from a player. This year’s competition, featuring competitors from Japan, Spain, England, the US, Canada, Italy, and Brazil, wrapped up today, and no one managed to win the grand prize. The most successful bot programmer did walk off with $1,700.

The challenge of the competition stems from the imperfections inherent in all people. It would be easy to program a bot to play perfectly, always hitting its target and quickly finding the best power-ups. Instead, the eventual BotPrize winner will need to show a curve for adaptation, occasionally make mistakes, and talk trash like a real player.

“You want to build an emotional model for the agent you’re competing with,” said Will Wright, creator of The Sims. “It’s not just about having an accurate aim. It’s about creating a bot that simulates a victory dance above your dead corpse.”

So far, no one has ever won the main prize; even the most advanced bots are either technically perfect or worse than a bumbling n00b. Of course, if players human players are still as petty, annoying, and cheap as they were during my freshman days playing Quake III, maybe it’s for the best that the bots don’t perfectly imitate people.

See if you can spot which is the human player and which the bot: