Kind of Blue, Arranged For Sextet of Nintendo Entertainment Systems 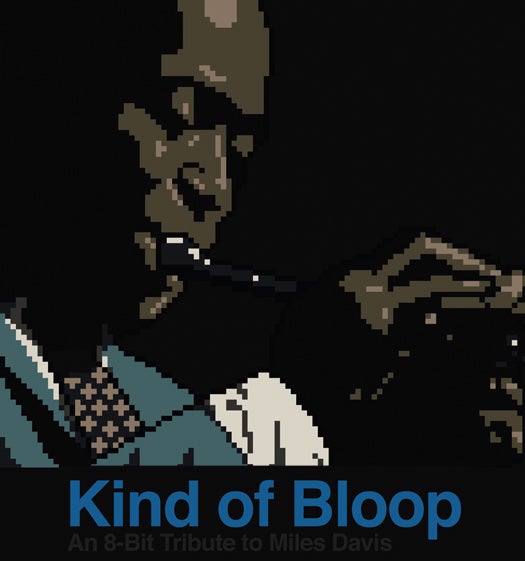 Ladies and gentleman of the Internet, I think today we may have found the best possible application for chiptune music–that uber-geeky genre utilizing vintage game console’s music synthesizers, real or software-emulated, as the sole instrumentation. It just so happens that faithful covers of jazz classics sound great: the pleasures of one of my favorite albums of all time intermingling beautifully in my (significant) brainspace cubby where the Contra and Tecmo Bowl themes are on infinite loop.

Just released to the Web today, Kind of Bloop is the brainchild of Andy Baio, and its origin story is almost as interesting as the music. Baio used it as a proof-of-concept of sorts for the crowd-sourced funding site Kickstarter, where he is CTO. Kickstarter lets users post proposals for a wide variety of different artistic projects and creative ventures and solicit funding donations to get the project going. When Baio posted the concept for the all-chiptune Kind of Blue, his fund-raising goal of $2,000 (for licensing the covers, paying the artists and producing a limited run of CDs) was collected in just four hours.

Kind of Blue’s five tracks are tackled by five different chiptune artists, and while all have that same dusty 8-bit vibe, each has its own style. I personally like the more literal takes, where the careening solos of Davis, Coltrane, Adderley et al are mapped out in 8-bit chunks as faithfully as possible. “So What” by Ast0r, the lead-off track, does this nicely.

Others take more liberties, with space-y bursts of Super Mario magic mushroom arpeggios subbing in for horn fills, and wild NES-drum breakdowns. Listen closely and a ton of familiar Mario tropes will pop in–like Mario’s subterranean theme closing out an epic jam on “All Blues.”

In short, it’s well worth the $5 download, and a great way to celebrate a great album’s 50th anniversary.