For UK musician Calvin Harris and his upcoming video “Ready For The Weekend,” Sony tapped Bare Conductive and their special,... 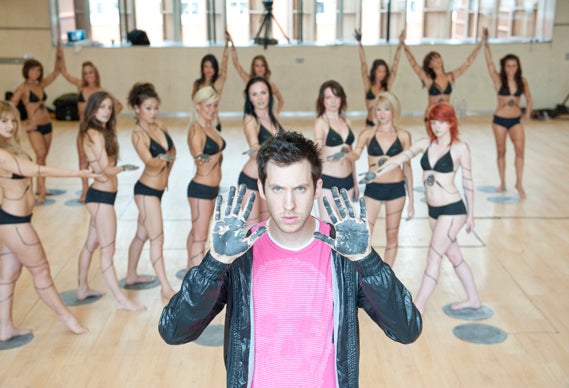 For UK musician Calvin Harris and his upcoming video “Ready For The Weekend,” Sony tapped Bare Conductive and their special, electrically-friendly ink for a new idea–The Humanthesizer. Yes, we have become the instrument.

The Humanthesizer consists of 32 pads spread throughout out a room, which basically function as a giant-size sampler. Then, the hands and feet of Harris and his “instruments” are painted with the Bare Conductive ink and placed on the pads, so that when Harris touches the hands of each girl, the electrical circuit completes and a new note is generated.

At best, it’s an entertaining spin on music making devices. At worst, its a glorified version of the giant foot piano seen in the Tom Hanks masterpiece Big. Either way, it makes for a neat vid. Maybe Harris’ next one will involve the Wiimote Music Suit. [via Creative Review via Fast Company]